How the Techellence CIO rehabilitated the software development team to focus more on the customers, directly impacting the company's profitability and reducing financial losses. 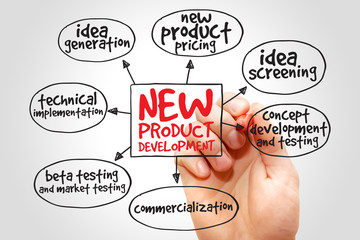 Before Dr. Sang Sur joined the organization, software developers were also part of the "helpdesk" that responded to IT problems ad hoc. There were many ideas for business advancement, but instead of dialoguing with the idea holders, getting buy-in, and implementing the thoughts, the software development team did whatever seemed right based on their limited understanding of the business—not many were satisfied with the results. There was a lack of trust in product development or the "helpdesk."

As a result, the company had a history of hiring "cheap" and "expendable" developers with minimal experience and knowledge since the customers could not trust them to lead the development. Instead, the developers were only considered the "fixers" of IT problems because that is all the benefits they seemed to provide to the company.

Within the first few months of joining, Dr. Sur got a few developers and IT managers to take formal Agile/Scrum training. Before the training, he explained why this might be beneficial and held debriefs during and after their training to get feedback on their "new" learnings. The most extraordinary transformation occurred in the "assistant manager" who led the developers, as he learned what it meant to be a servant leader as he took on the role of the Scrum Master going forward.

Before introducing Agile methods, the manager operated like any manager in a hierarchical organization, throwing commands based on narrowly-bounded knowledge. Dr. Sur received feedback from the manager's team through anonymous surveys that the manager was not technically capable and pulled down their ability for advancement. All this changed as he learned the agile methods to receive input and direction from the customers and the developers. He would also have the bigger picture of the future development work derived from his direct interactions with the customers.

As a result, the product development team's bi-weekly planning sessions converted into a collaborative one with many dialogues among the developers, instead of his prior talking for 60 minutes while the team sat in the meeting unengaged like zombies. The development team now loves him, which was the criteria Dr. Sur had set for his promotion.

The most significant component of agile-minded thinking is the customer focus. The Agile Manifesto, from where the agile mindset is derived, reads:

Thinking with the customer and their end goal transformed the development team and the customers' view of them. The software developers no longer solved problems in a vacuum but interacted directly with the customers. At the end of each development cycle, the developers now provide demos showing the work they made together with the customer. The customer now fills out a satisfaction survey based on their fully involved work results! Unlike in the past, where the developers got requirements from the customer that were not well thought out and spent a needless 3-6 months to come up with a solution that did not work, now they accept the customer's initial request and welcome the dialogue and changes along the way. (The reason why changes are expected is that non-technical users often do not know what they want because they do not know what is possible in the technical realm. The collaboration between business operators and developers closes this gap and allows the organization to gain the most excellent value.)

Transformation also occurred at the macro-level. Working with the product development manager, Dr. Sur produced an online intake form for other employees to submit ideas to advance the company. This intake form also required the requestors to justify their business reasons for the change. Their submissions allowed him to build a visible list of requested changes and prioritize them by the most significant business value. This list is shared among Dr. Sur's peer executives and the company president to see the upcoming and existing requests and take action as appropriate.

Dr. Sur brought these business requests to his peer team and the President to review, understand, and make executive decisions. At times, he called the feature's requestor to present and justify their request. The ensuing dialogue through the lens of people responsible for the company's growth allowed the original request to be better clarified and improved. At times Dr. Sur and the executive team rejected the business request asking for it to be thought out more, and at other times, they elevated the business value. The collaboration among the executives allowed for better cross-functional communication between departments of their control. Another benefit was the visibility of the current priorities so that the company president could communicate the company's direction as needed.

To transfer greater control to IT's customers, Dr. Sur initiated the use of user stories. For example, one software development task was "fixing an internal program's visibility issues." Written this way, perhaps only the developers may understand it. Those technical requirements were re-written to focus on the customer so that users and developers can understand the reason behind the request. The formal requirement is now: "as an operational data management personnel, I would like to see the entire dataset on one page so that I can visually verify that the modified data is accurate."

The Product Development team that builds new programs for the organization has become the enabler and accelerator of the company's vision. Dr. Sur continued to coach the team on ways to improve and operate with greater agility. Since then, a greater need for "skilled" developers grew because of the impact the current team of seven (7) made in the customers' eyes.

How the Techellence CIO enabled the highest revenue in the company's history of $1.5B amid uncertain times while supporting a massive, nationwide retail organization of 70+ stores and 10+ warehouses with a small IT workforce. Read More...

How the Techellence CIO generated profits handling acquired companies for a global Fortune 500 software company leading to a successful exit of $18.9B. Read More...

What is the role of an IT organization? A response from the Techellence CIO, who established a flourishing IT organization that other departments aspire to join. Read More...

How the Techellence CIO enabled $53M revenue, exceeding aggressive projections by more than 35%, by successfully handling an acquisition transition of a $550M investment. Read More...

How the Techellence CIO directed IT governance, transforming CMMI level 1 organization to that of level 4. Read More...

How the Techellence CIO further reduced attrition and morale loss of people whose companies were being acquired, facilitating acquisition integration success. Read More...